The Queen said, ‘So soon, Mr Hedgecoe? Don’t you want to do some more?’

” In 1966 Professor Dick Guyatt at the Royal College of Art recommended me to do a portrait of the Queen for a new set of postage stamps. She had already been photographed, but the pictures had been turned down, so the Post Office was in rather a panic and running out of time. I was commissioned by the Postmaster General two days later and asked to go to Buckingham Palace to select a location.

What would I like Her Majesty to wear, and could I choose a suitable crown or two? It’s not the kind of thing you’re asked to do every day, and it was interesting that I had to make my choice of crowns and costumes from a Palace scrapbook of pictures of the Queen at various functions, cut from magazines and newspapers. I selected a couple of crowns and decided to shoot the pictures in the Palace art gallery.

I was told that they needed a profile, so I worked out various lighting schemes, and because I wanted it to look very professional I hired extra lights, so that I could select from a variety of light positions and avoid having to lug them around. The Queen had set aside two hours for the session, and after about twenty minutes I must have taken well over a dozen rolls of film, although not without some difficulty. There were cables everywhere. I was tripping over them, while losing track of which cable supplied which light. Another problem was that the Queen was incredibly polite and, since I had to take her in profile, I wanted her to look straight ahead, but every time I spoke to her she turned to look at me, so that I had to stop talking.

I had just about finished, so I thanked her and said I’d completed the job. The Queen said, ‘So soon, Mr Hedgecoe? Don’t you want to do some more?’ The music room next to the gallery looked inviting, so I said I’d take them in there. And that’s where I shot the silhouettes, against the window, in the same way that I’d taught my students to do them: you simply place the subject against the light and expose for the highlights. 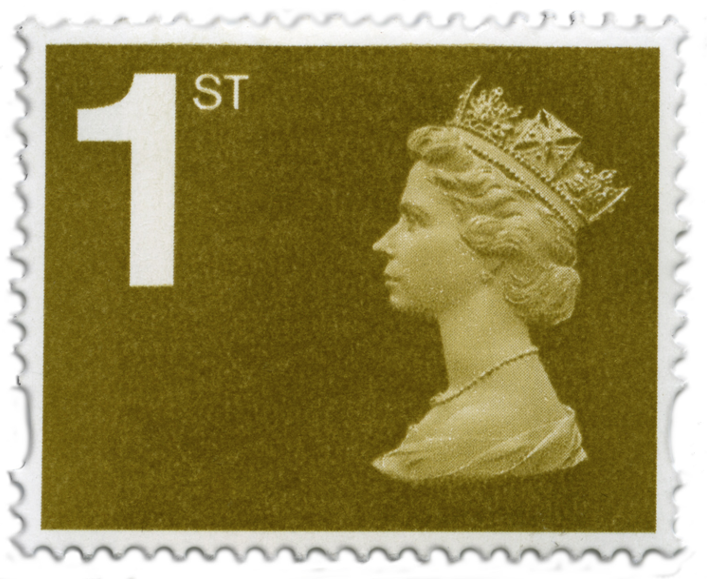 After the pictures were processed they were shown to the Queen, who marked out fourteen of which she approved. These were then sent to the sculptor Arnold Machin, who made an exact relief plaster image of the profile, which I then photographed. This photographic image became the definitive issue of postage stamp; it was also the final matrix for the design on Commonwealth stamps in New Zealand and Australia, on commemorative plaques, coins, mugs, and so on. The picture has been in constant use for thirty-four years – millions of stamps are printed and coins minted every day. It has to be something of a record! ”